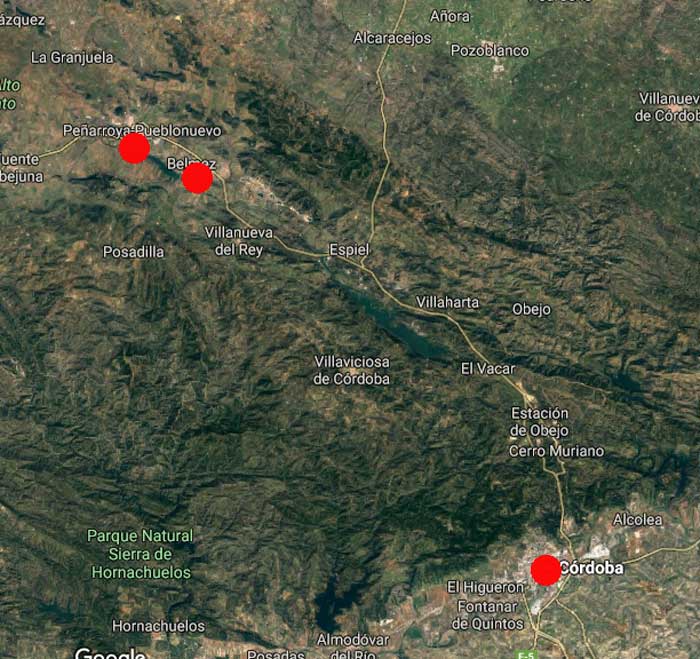 Belmez and Peñarroya are situated some 10 minutes by car from each other.
The Alto Guadiato Mining District (Belmez, Espiel, Pefiarroya- Pueblonuevo) is one of the zones included in the Spanish Mining Historical Heritage tentative list for the UNESCO world heritage (click link and see under 4.) 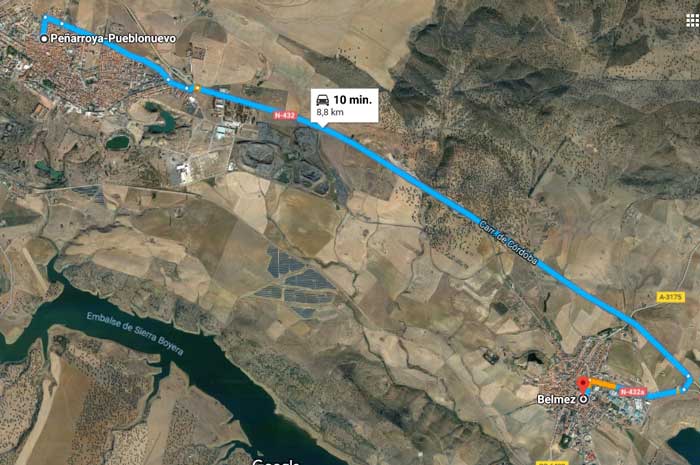 Belmez is a village and municipality with 3162 (2012) inhabitants in the province of  Córdoba. 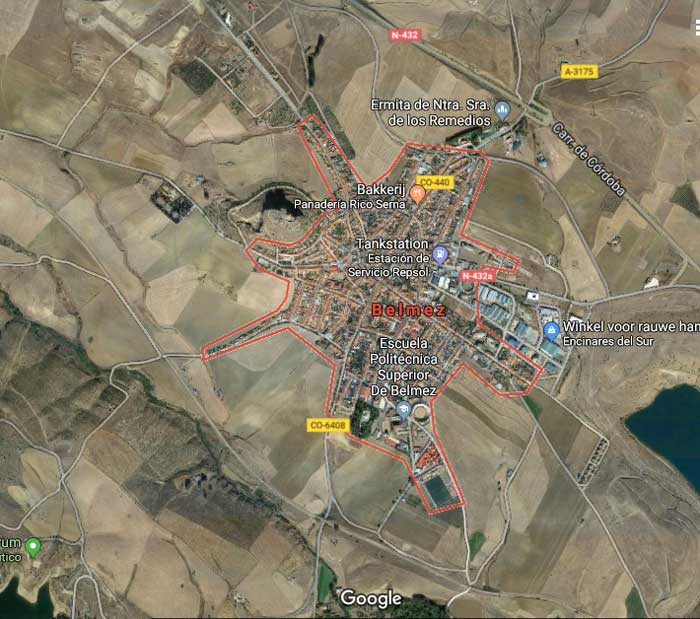 Until 1778 the economic pillars of Belmez were based on agriculture and livestock - but in that year Don José Simón de Lillo discovered coal seams. The first exploitation of which there is evidence was that of La Mina Cabeza Vaca, but soon smaller exploitations began to emerge.
In 1924 the ‘Escuela Práctica de Obreros Mineros’ (Mineworkers' Practical School) was established in Belmez, in 1930 its name changed into the 'Technical School'. Until 1973 it depended from the University of Seville. In that year it became part of the newly founded University of Córdoba. In 1977 the school moved to its current location and the building that formerly housed it became the ‘consultorio médico’ (Ambulatory) of Belmez.
The now ‘Escuela Universitaria Politécnica de Belmez’ (Polytechnic University of Belmez) is the only campus of the University of Córdoba located outside the capital, 70 km from Córdoba. It teaches the Degree in Civil Engineering and the Degree of Energy and Mining Resources.
Belmez has a small but interesting local history and mining museum

Peñarroya-Pueblonuevo is an industrial and mining town with some 11000 inhabitants, located in the Sierra Morena, at the northern end of Córdoba Province near Extremadura. The name of the present-day town originated in the merger of the towns of Peñarroya and Pueblonuevo del Terrible in 1927.
Between between 5 January and 4 February 1939, towards the end of the Spanish Civil War, when the town was strategically located near the Extremaduran front line, it was the scene of the Battle of Peñarroya. 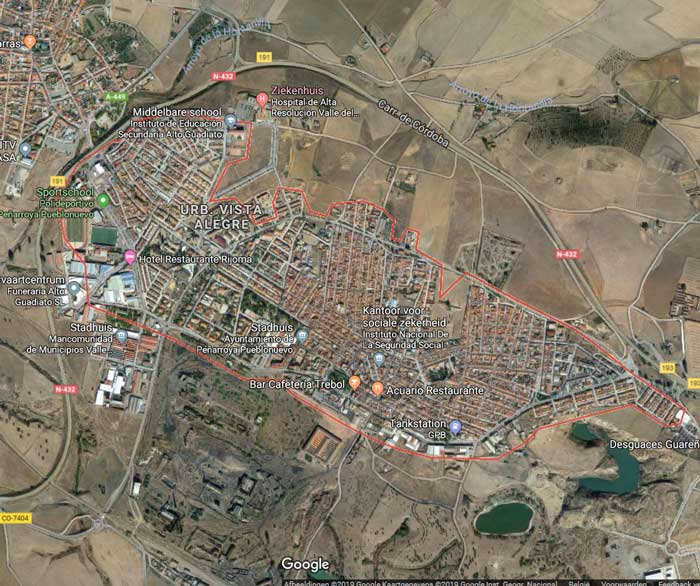 Right next to the center of the municipality there are the impressive ruins of coal mines and lead and heavy metal processing companies, power plant, railway lines, ..., the Cerco Industrial de Peñarroya. It is a heavily polluted area of ​​around 1,000,000 m².
On December 19,  the Consejo de Gobierno de Andalucía included the complete area the Catálogo General del Patrimonio Histórico Andaluz as Bien de Interés Cultural. This means that this unique industrial landscape with its nine chimneys is now a legally protected heritage site